Charities are not immune to the concept of advertising failure. Take this ad from a couple of years back was sponsored by the World Wildlife Fund (WWF).

I don’t think anyone is going to argue that the tsunami that hit Japan was horrible. With a death toll of over 19,000 people, it was a true disaster. One that cannot be properly expressed really beyond those words. But the WWF decided to put an exclamation point on the issue with what is a vulgar and tasteless ad.

The ad, posted below, draws a line between the natural disasters that hit Japan and the terrorist attacks on New York City of September 11, 2001. It depicts dozens of airplanes headed for, and presumably planning to crash into most every building on Manhattan.

We get the oh so subtle message… more people died in Japan. “Imagine what it would have looked like if more terrorists had taken out an equal number of people on 9/11?”

I fail to see how saying one tragedy is worse than the other helps anything. Were the 3,000 men and women lost on 9/11 of less value than the 19,000 in 2013? No. Both are tragedies, and neither should be exploited for the sake of charitable donations. If this is their idea of getting people’s attention, the WWF is permanently off my charitable giving list. 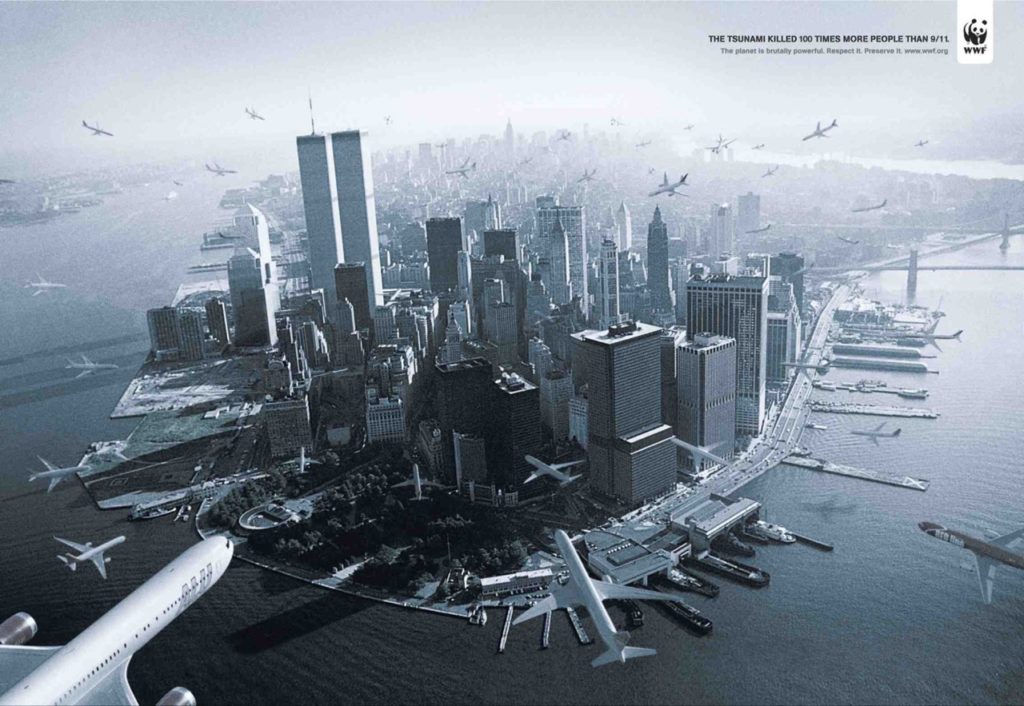