This is why you can’t “improvise” a commercial. 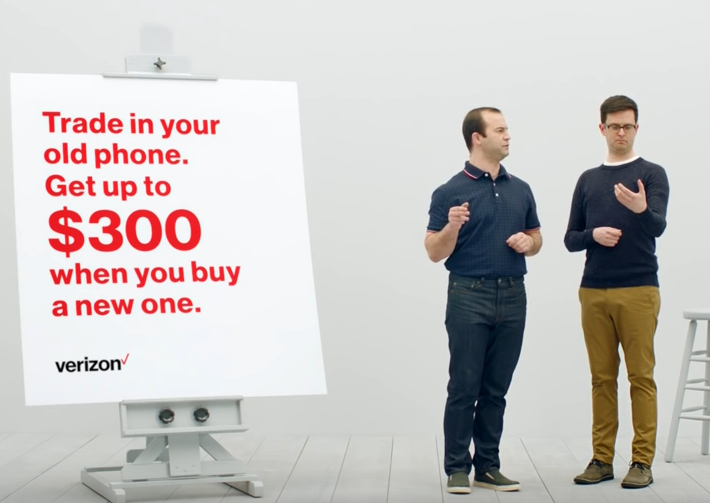 The nature of advertising is to get your exact message to the most consumers. The nature of improvisational comedy is to make up things on the fly based on suggestions. Verizon Wireless seems to want to prove that the two art forms are mutually exclusive with their latest series of ads.

The concept here, or lack thereof, has a pair of “improv comedians” discussing the latest offer from the cellular service as whatever has been “suggested” to them… be it nosy butlers, a medieval auctioneer, or (in the video below) unusual superheroes. The actors do seem to have some skill toward vocal and physical comedy. Unfortunately, they are done in by having to put the advertising message across as part of their “act”.

Having been associated with improv comedy myself for the last 16 years I can say this with little fear of reproach, ad agencies should leave improv to those with the skill to pull it off well. In this instance, you did not. This series of commercials is just annoying and an embarrassment.

UPDATE: Verizon has deleted all of the ads from their You Tube channel. (I wouldn’t want to be associated with them either. Fortunately, another user has been kind enough to upload them to his channel.

The Drink of the Rising Sun
I gotcha in #mycalvins