You may have missed this one from 2012. Reebok came up with an ad that could only be seen as in bad taste. In fact, the company got so much flack that they derailed the campaign after just one poster went up… in Germany no less.

“Cheat on your girlfriend, not on your workout” showed up ever so briefly. After someone at the German gym posted a video to YouTube showing the poster, Reebok immediately recoiled from the heat and pulled the campaign. Hard to believe they were dumb enough to put it out there in the first place.

Here’s a cap from the video showing the offending ad… 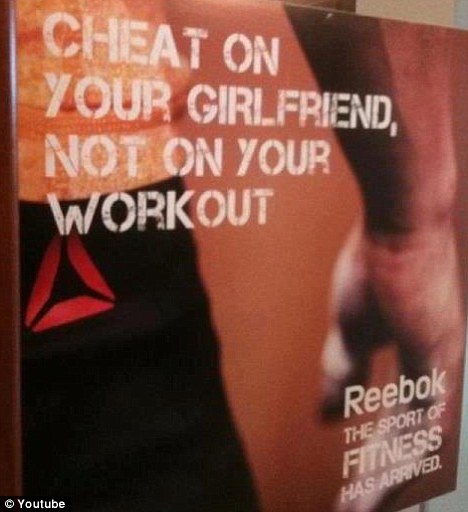